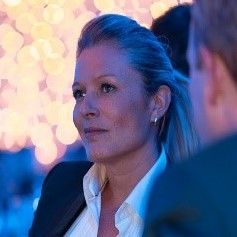 Nikki is a former international athlete and passionate sports person, who now works at the International Hockey Federation as the Digital Manager.

She moved to Switzerland in 2013 to study her Masters in Sport at AISTS in Lausanne. Prior to moving to Switzerland, Nikki was a member of the Irish Women’s Hockey team and a teacher at St Andrews College, Dublin). In 2013, Nikki became the first athlete in Ireland to reach the 200 cap milestone and went on to retire from International hockey that same year. Nikki also played Cricket for Ireland, underage and senior while on a break from Hockey.

She is the current AISTS Alumni President and is involved in many conferences and gatherings as a speaker or a panelist for a range of topics from digital marketing to diversity and inclusion.

Nikki joined the IBN committee in 2018 to help with the Suisse Romande Chapter activities.