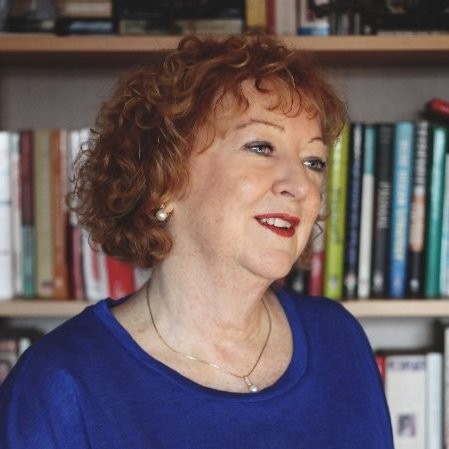 Dear IBN Switzerland Members,
How time flies – we are again at the end of the year. The network is now nine years old and has over 673 members. The support of Enterprise Ireland and the Irish Embassy in Bern continue to be invaluable in helping us achieve our common mission of further expanding and strengthening the Irish Community in Switzerland and of course leveraging the network to support Irish companies operating in or entering Switzerland.

In 2016, we took the step to become an official Club or Verein, as it is known in Switzerland. The impetus for this was discovering that the Dept of Foreign Affairs had grants for Business Networks around the world but we need to be ‘official’ to qualify – so we became a Verein. Consequently, we received a grant to organize an event in each of the three chapters on the topic ‘What you need to know legally when living as an expat in Switzerland’. The Zurich event took place at the end of November and was a big success with over 40 people in attendance. It was kindly hosted at and sponsored by Stefan Studer, the Honorary Consul of Ireland and his team at the legal firm Treuco. Their informative and interesting presentation covered the various legal elements that might need to be considered when living and working in Switzerland, from tax law to employment law and rental agreements. Similar events in Basel and Suisse Romande are in planning for 2017.

We also had a few events with a combined business and social focus. Kicking off appropriately in March in Basel was the joint IBN Basel chapter and the Basel Irish club event for St Patrick’s Day, which continues to be a great success. On September 2, the Suisse Romande chapter were invited to the Café de Cerf in Neuchatel by Catriona McIntyre and Stephen McGonigle who are the proud owners of what is reputed to be the most popular pub in town! About 30 members participated on this very enjoyable event. In addition to being co-owner of the Café du Cerf, Stephen is a well-known Irish watchmaker trained in Dublin and living and working in Switzerland since 1997. He gave us a fascinating insight into the intricacies of his work at McGonigle Watches. Then Mary Mayenfisch-Tobin presented her work as a lobbyist for the Swiss Amnesty International Business and Human Rights group as well as an insight into the complexity of global supply chains and the work of John Ruggie, UN special representative on Business and human rights.

From the EI perspective, Switzerland remains an important market and we continue to collaborate with the Dusseldorf team to ensure we support as much as we can. As Irish professionals living in Switzerland and members of the Irish Business Network Switzerland, we can continue to provide assistance to Irish companies that are looking at the Swiss market. Throughout 2016, the network has facilitated many introductions to key decision makers here in Switzerland, which has become a key market for so many Irish companies, amounting to tens of millions of euros in exports from Ireland this year. This is making a vital contribution to the nation’s economic health.
Ultimately, though, this network is about the members – over the last 12 months, the Network has continued to grow. We look forward to welcoming new members so pass on the website www.irishbusinessnetwork.ch or our LinkedIn Group or our new Facebook Page.
However, none of this would have been possible without the IBN core team and the Enterprise Ireland team headed by Eddie Goodwin. This year we had quite some changes on the core team and at the embassy. We said farewell to the deputy head Joanne King who returned with her family to Dublin where she took up a more senior position. Her replacement is Siobhan Kelly. We also have new chapter heads in both Zurich and Basel. Christiane Lippert has stepped down after a very successful two years leading the Zurich chapter and is being replaced by Geraldine O’Grady. Margaret Cronin is also stepping down as head of the Basel chapter and Secretary of the IBN. Margaret has likewise very successfully run the Basel chapter for many years. She is being replaced by Kevin Brady and Trisha Corrigan as coleads for the Basel chapter. Lisa Kinsella is replacing Margaret as secretary to the IBN. And last but not least Maeve Kelly is joining as our communications expert. So while I am sad that we lose some of our key members, it is also an opportunity to bring in new people and ideas. Hence a big thank you to Christiane and Margaret and an equally big welcome to our new core team members.
Looking forward to 2017 – do let us know what interests you in terms of topics and speakers to ensure an even more interesting programme for 2017. These themed events give you the opportunity to meet likeminded professionals based in Switzerland, hear from interesting speakers and build your own professional network. We are also interested in hearing from companies in Switzerland interesting in hosting an event in Basel, Zurich or Suisse Romande – please contact the local chapter head for further information.
I would like to take this opportunity on behalf of the Irish Business Network Switzerland, to wish you and your families a good start to 2017. I would also like to thank you for your support for the Network in 2016 and we look forward to your ongoing support in 2017

Reports and Letters from IBN Presidents